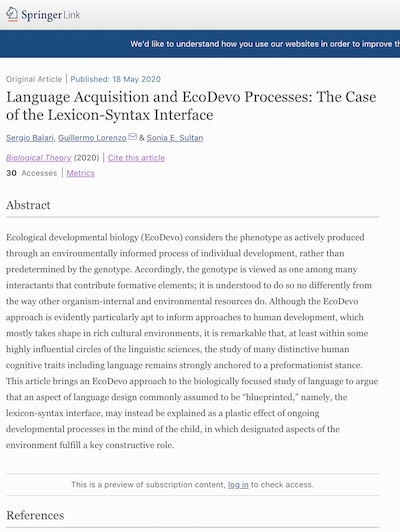 Language Acquisition and EcoDevo Processes: The Case of the Lexicon-Syntax Interface. Biological Theory

Ecological developmental biology (EcoDevo) considers the phenotype as actively produced through an environmentally informed process of individual development, rather than predetermined by the genotype. Accordingly, the genotype is viewed as one among many interactants that contribute formative elements; it is understood to do so no differently from the way other organism-internal and environmental resources do. Although the EcoDevo approach is evidently particularly apt to inform approaches to human development, which mostly takes shape in rich cultural environments, it is remarkable that, at least within some highly influential circles of the linguistic sciences, the study of many distinctive human cognitive traits including language remains strongly anchored to a preformationist stance. This article brings an EcoDevo approach to the biologically focused study of language to argue that an aspect of language design commonly assumed to be “blueprinted,” namely, the lexicon-syntax interface, may instead be explained as a plastic effect of ongoing developmental processes in the mind of the child, in which designated aspects of the environment fulfill a key constructive role. 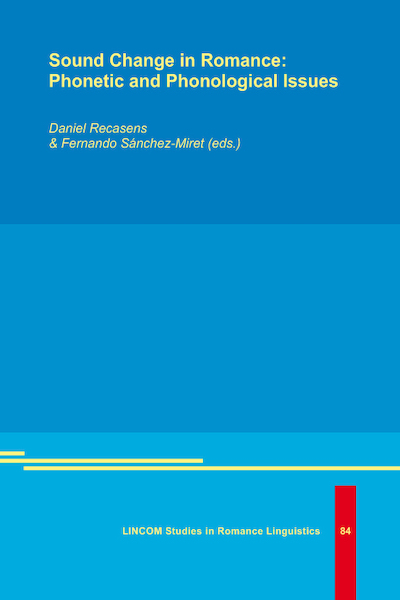