Johnson (2014) defines gapping as being such only if the gap appears in the second conjunct of a coordination. Moreover, in English and in other spoken languages, gapping is considered a particular type of elliptical structure compared to other types of ellipsis. This is due to the restriction on gapping in appearing only in coordination and to its compliance with the no embedding constraint (Johnson 2014). Gapping in Catalan Sign Language (LSC), instead, presents different properties than English, showing similarity to VP-ellipsis (VPE). In this talk, I will compare LSC to English, as representative of many other languages, and I will consider the necessity of grouping gapping with other elliptical structures, contrary to analyses suggested based on English. I will adopt a deletion account providing a syntactic analysis for gapping and VPE in LSC. Moreover, I will present two modality specific tests to show the presence of both syntactic and semantic identity in gapping in LSC between the antecedent and the gapped site. 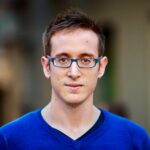