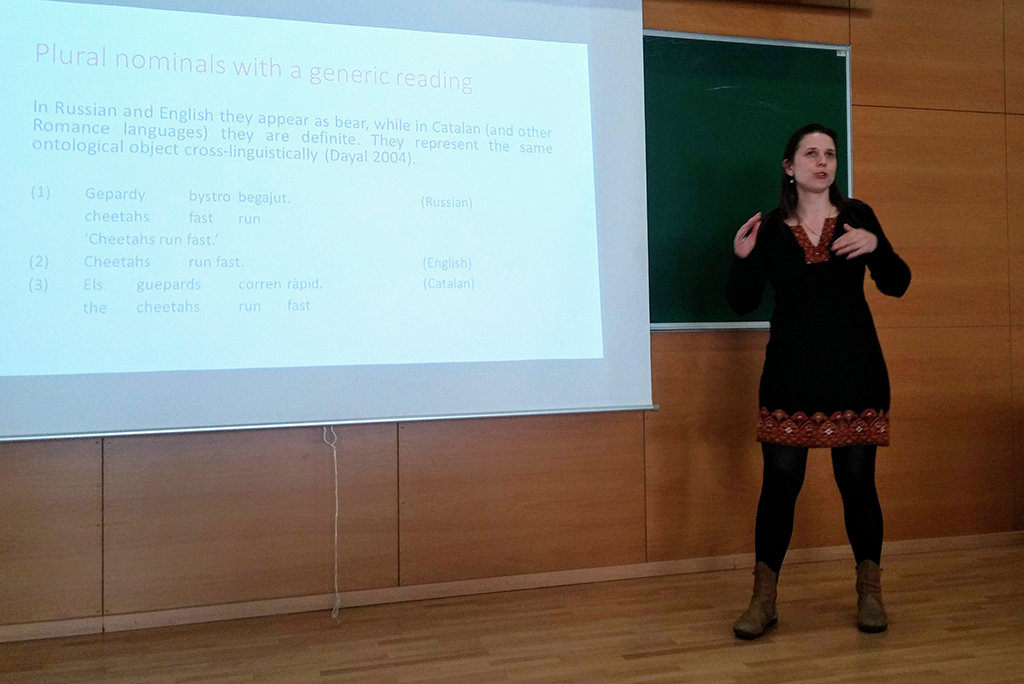 In this talk we analyse Russian definitional sentences, which are a type of generic sentence. We focus on the structure and meaning of canonical definitions, which express an identity/identification relation between two nominal concepts. In Russian such definitions are given in the form of a bi-nominative structure: NP1 – èto NP2 (“NP1 is NP2”). We argue that definitional sentences are copular, and they are non-predicational, showing similarities to equative, identificational and specificational sentences. We also argue that (i) both NPs in definitional sentences are kind-referring, whereas èto is non-referential; (ii) a copula be maps a kind entity (the denotation of NP2) to itself (identity function); and (iii) the neuter element èto introduces a presentational function that maps the kind entity in postcopular position to a function that looks for another kind entity (the one corresponding to NP1) and composes a definitional generic sentence.