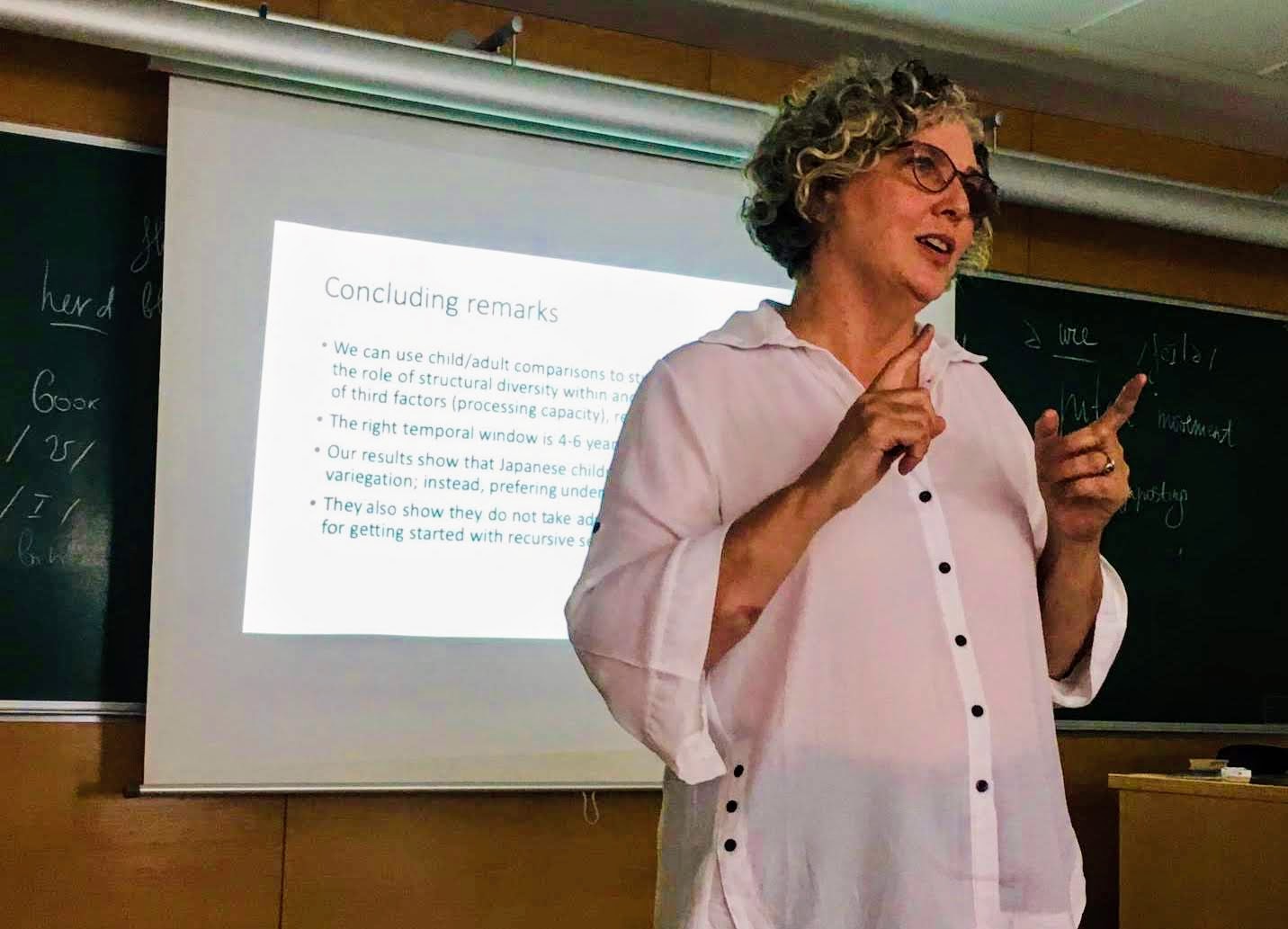 While the claim that some languages lack recursion (Evans & Levinson 2009) is questionable (Nevins, Pesetsky & Rodriguez 2009), there is no argument that languages vary as to what phrasal categories allow self-same embedding of categories of the same type. In Widmer et al.’s (2017:801) definition, the key feature of linguistic recursion  is that at each layer the distributional properties of the embedding and embedded categories are the same and there is no grammatical restriction on the potential for iteration.

(1)  [DP    N (embedding)      [PredP  relator/linker    [DP    N (embedded)      …]
The existence of variation entails a learning process (Roeper 2011).  What needs to be learned in order to allow recursive iteration of the configuration in (1)? In ongoing work, we explore how the diversity and types of restrictions operating in nominal modification impact the timing and path of acquisition of phrasal recursion. From a traditional perspective, Japanese can be thought of a simple language to acquire, given that:

a.     Japanese has the simplest possible inventory of configurations for phrasal modification: relative clauses and a minimal relator particle (no), which is highly polysemous, and acquired early by children (Murasugi et al. 2012, Ishizuka and Koopman 2018);

I will discuss data from two studies:  Study 1 (Pérez-Leroux, Roberge, Hirayama & Bamba, in prep) is an elicited production study of different types of recursive phrases, where we examine the relative trade-off between use of relative clause and of no, and child-adult differences in types of responses.  Study 2 (Hirayama, Colantoni, Pérez-Leroux, under review) examines the association between prosody and syntax in the acquisition of recursive embedding, testing whether children use downstep, the distinct prosodic contour associated with recursive embedding.