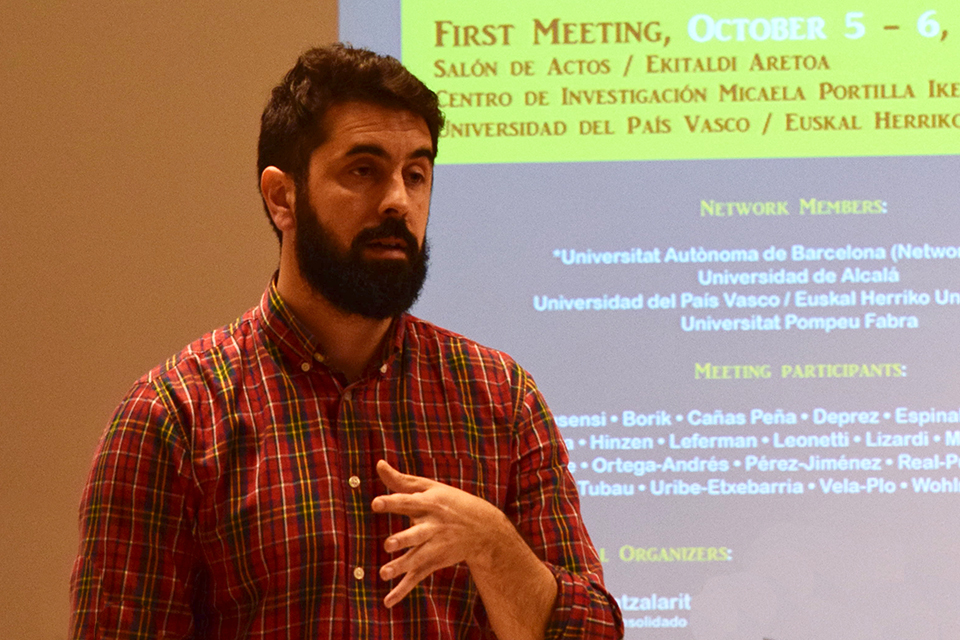 Alejo Alcaraz: Bigger than a null object. VP-Ellipsis in Spanish

As originally observed by Campos (1986), Spanish allows for bare plurals (BPs) -as well as mass nouns- to be null in object position, as in (1B).

This author further observes that null objects may appear inside embedded clauses, as in (2a), but they are forbidden to appear in syntactic islands, as illustrated in (2b). This observation leads Campos (1986) to analyze the null object in (1B) in terms of a variable bound by a null operator OP, as in (4). Since the null object is not licensed in wh-questions either, as in (2c), Campos (1986) further claims that OP moves into [Spec, CP] so it incurs a doubly- filled Comp violation in the structure that corresponds to (2c).

From a minimalist standpoint, however, technical implementations like that in Campos (1986) that model covert movement phenomena in terms of null operators turns out to be suspicious, as the null operator has no properties at the interfaces; i.e., it lacks of phonological content, as well as semantic import (cf. 6). In this talk, I provide new empirical evidence against Campos’ (1986) analysis, and put forth an alternative analysis of the null object phenomena under consideration in terms of verb stranding VPE (Goldberg 2005).